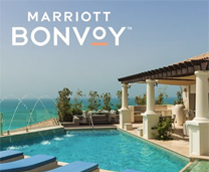 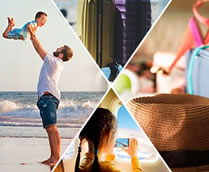 Members may earn Premier Kilometers through any of the companies affiliated with the program including: Aeromexico and the 18 airlines of the SkyTeam alliance, Cafe Punta del Cielo, El Palacio de Hierro, Office Max, Soriana, Sanborns. Additionally, members can earn kilometers with their bank cards American Express, Banamex, Banorte, HSBC, Inbursa, Santander, and Scotiabank among others. It will also be possible with major hotel chains like Marriot, Camino Real, Hilton, Intercontinental, Las Brisas or Barcelo, as well as with major car rental companies including Avis, Budget, Hertz and Sixt.

Jeremy Rabe, Director General, Club Premier, said: "With this important announcement, Club Premier reasserts itself as the largest coalition loyalty program of Mexico, with a base of more than 3.2 million registered members and with more than 70 member companies affiliated to the alliance."

Another benefit for members of the program is the ability to use their KmP through the clubpremier.com site to get Award Tickets with Aeromexico and soon with SkyTeam airlines and fly to over 900 destinations worldwide. In the Premier Store they can purchase over 3,000 items, including computers, electronics, watches, stereos, sports equipment and many more options.

Through this new platform it will be possible for members to auction KmP and access experiences specially created for them, as well as to get tickets for the best shows, thanks to the commercial alliance with OCESA. Registration for the program remains free through the clubpremier.com site or by calling 5133-4000 or 01-800-021-4000 in Mexico.

Club Premier is the most renowned coalition loyalty program of Mexico. It has over 3.2 million members and 70 companies affiliated to the program, allowing members to earn Premier Kilometers at more locations.   Members can use their Premier Kilometers to travel to more than 900 destinations worldwide, pay for stays at more than 50,000 hotels, and purchase more than 3,000 items ranging from electronics to jewelry, as well as access to unique experiences participating in Auctions, Games and Raffles.

Grupo Aeromexico, S.A.B. de C.V., is a holding company whose subsidiaries are engaged in commercial aviation in Mexico and the promotion of passenger loyalty programs. It has a fleet of Boeing 777, 767, 737 as well as Embraer 145, 170 and 190 of last generation. In 2011 announced a major expansion plan to acquire 20 new aircraft in the next 24 months. In 2012, announced the signing of a letter of intent to purchase 100 Boeing aircraft, 90 Boeing 737-8 Max and 10 Boeing 787-9 Dreamliners, making it the largest investment program in the history of aviation in Mexico.

Grupo Aeromexico has its main hub in Terminal 2, Mexico City’s International Airport. Operates more than 550 daily flights to different cities in Mexico, United States, Canada, Central and South America, as well as in Europe and Asia.